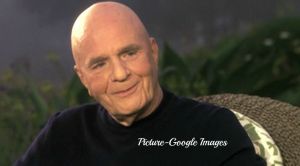 As most of you will now know Dr Wayne Dyer, the inspirational & motivational writer and speaker left this earth for his next adventure on 31st August 2015. I was so upset when my friend Aly, from Scotland texted me on Monday morning (it was a bank holiday in the UK and so I hadn’t switched onto any social media or news). Aly, like many people who follow my FB Angel Page (Facebook.com/Connect.2.ur.angels), was well aware of the special place Wayne had in my heart.

I first came across Wayne Dyer about 10 years ago, perhaps around the same time as I started to work more closely with the Angels, and as Wayne himself would say it was as if somebody was moving the checkers about in my game of life, in order for this to occur (knowing there is no such thing as coincidence!). Wayne’s words touched me from the minute I picked up his first book, heard him speak for the first time on Hay House Radio or watched his first ever video on Youtube. It was as if I just had to have more of what this man spoke of and lived by. There was an instant connection, unlike anything I could ever describe about any other author or self-help guru I have ever come across (and believe me I have read, listened and watched countless of hundreds of them – Wayne was different and to this day I still can’t explain the effect he has on me.

There were a few similarities in our lives but not much; the most profound one being that we both had to forgive our dad’s once they had passed on. This and other incidents such as his reference to people like Lao Tzu and Carl Jung, among others whom I had come across myself in the very early days of my spiritual path; endeared me even more to this remarkable man.

I am indebted to him for mindfulness meditation, positive affirmations, staying connected with the Divine as well as the  numerous other authors of whom I would never have read their books had it not been for Wayne’s recommendations. Sadly my wish to see him in person will not be fulfilled (as I was due to see him in London on 1st October), but he will forever be in my heart and I know his legacy will live on through his children and his books and especially his movie “The Shift” which I encourage everyone who hasn’t seen to watch without delay.

He truly was one of the “Greats” and my heart will be heavy for some time to come; but Heaven, I’m sure will delight with such a wonderful addition to it’s spirit world.

So in the words of the “Great Man” himself – “See yourself as a soul with a body, rather than a body with a soul”

Rest In Peace Dear Wayne and thank you for all you did to change millions of people’s lives including mine.